Posted by timothyhawkes on January 21, 2019
Posted in: Uncategorized. Leave a comment 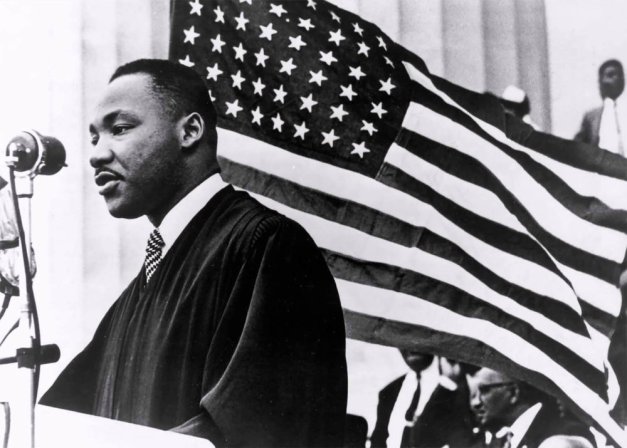 While one can never prove things of the spirit, neither can science explain the ability of deeply spiritual people to sense things spiritually, even prophetically. Consider these lines spoken by the Reverend Martin Luther King on the evening of April 3, 1968:

“Well, I don’t know what will happen now. We’ve got some difficult days ahead. But it doesn’t matter with me now. Because I’ve been to the mountaintop. And I don’t mind. Like anybody, I would like to live a long life. Longevity has its place. But I’m not concerned about that now. I just want to do God’s will. And He’s allowed me to go up to the mountain. And I’ve looked over. And I’ve seen the promised land. I may not get there with you. But I want you to know tonight, that we, as a people, will get to the promised land! And so I’m happy, tonight. I’m not worried about anything. I’m not fearing any man. My eyes have seen the glory of the coming of the Lord!”

He would die the next day at the hands of an assassin. Did he know that for sure? Almost certainly not, but we can feel the visionary power in his words. He sensed that something might, and he was right.

While I know little of Doctor King’s life and ministry, I do know this: he understood the power of moral authority. He understood that enormous power lies in doing what Jesus taught: to turn the other cheek. When faced with violence, he would be non-violent and preach non-violence. When faced with hate, he would respond with love. “Darkness cannot drive out darkness,” he counseled “only light can do that. Hate cannot drive out hate; only love can do that.”

Our natural instinct as humans is exactly the opposite: it’s ‘eye for an eye and tooth for a tooth.’ You hurt me, then I hurt you. You hate me, then I hate you. Politics is rife with that attitude because, again, it comes naturally. It seems fair. It seems just, and yet it can ‘leave us both blind.’

Grateful to spend a few minutes today remembering a visionary leader who recognized the sublime power that goes along with a conscious decision *not* to mirror hurt or hatred, but to turn the other cheek, and, in so doing, to forever secure the moral high ground. As Dr. King recognized, that moral high ground carried with it a power far greater than the dogs, the clubs, the firehoses, the injunctions, and the paddywagons. “Peace,” he taught, “is not merely a distant goal that we seek, but a means by which we arrive at that goal.”

Did Dr. King’s moral high ground forever banish hatred, racism, or guarantee the promises of the Declaration of Independence? No, but in the end it moved our nation powerfully in that direction. It shaped our history and redefined our national consciousness.

As we remember Dr. King’s life and legacy today, I hope we can each make a conscious decision to “publish peace” as he did. We remain a Nation divided, shot through with a myriad fault lines, but we’re better than that–or at least we can be better than that. To bridge those gaps, we must work together. We can never succeed as a Nation if we retreat to our respective trench lines and lob grenades at each other: us versus them. No, we must break the cycle of anger and hatred by responding with civility, respect, and love. Love when it isn’t warranted. Forgiveness, when it isn’t warranted. Understanding, when it isn’t deserved. That, and only that, will truly honor the legacy of Dr. Martin Luther King.